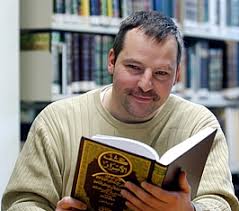 maybe there is someone out there or maybe your friend who not muslim but want to know about islam we can explain this, we can tell them how beautiful islam

anonymous asked a question : I am a Christian I have read about Jesus in the Al-quran …

Please tell me more about Islam

Bismillah, insyaAllah this is must be the answer :

Islam is a religion, in which Muslims believe that there is no deity worthy of being worshipped except God, and that Muhammad (peace be upon him) is God’s servant and messenger.

By reading about Islam in the Qur’an, I’m sure you know that the Qur’an is what we believe to be the word of God, and we also believe that God sent messengers to mankind to guide/keep them upon the straight path- and that is again to believe in One God, to worship Him and not to associate anything with Him. Thus, the previous prophets are mentioned in the Qur’an, such as Abraham, Moses, Jesus (peace be upon them all). They were all noble Prophets of God, and Muhammad (peace be upon him) was the seal of all Prophets-the last Prophet and all the Prophets came with the same message. However, the difference is that each previous Prophet was sent by God to a particular peoples, for example Jesus (peace be upon him) was sent to the Jews, and in fact most Christians believe that Jesus preached for 3 to 3 and a half years, thus his message was directed specifically to those people. But Muhammad (peace be upon him) came with a message for the whole of humanity, thus the Qur’an is relevant to us today.

Furthermore, previous scriptures such as the Injil (the Gospel given to Jesus (pbuh), the Torah, the Zabur (the Psalms given to David (pbuh)) have all been tampered with by man. As Muslims we must believe that these were originally the word of God, but even today with revised editions of the Bible being published annually, we know for a fact that the Bible is no longer the original word of God. Historians also inform us that the practice of Christianity in itself (as well as the initial message of Jesus pbuh) has been changed, one example of this being the council of Nicea (325 AD) where it was established that the Holy Trinity was a fundamental Christian concept, which Christians did not used to practice before this.

God sent the last revelation, and the Qur’an is a miracle in itself. It cannot be tampered with, the language is so complex that no-one has been able to duplicate it, and God even challenges anyone who questions it to ‘bring a verse like it’ (Qur’an, Chapter 2: Verse 23).

At the time of the Prophet (peace be upon him), approximately 1433 years ago, revelation from God was much needed. The Arab society was corrupt and unjust, with women being buried alive in infancy and seen as lowly in society, with the Arabs being split up into tribes, some of whom were constantly at war. There were many other problems, too many to mention, thus when the Prophet Muhammad (peace be upon him) received revelation from God through the Angel Gabriel, he came with a solution for society, and a solution for humanity as a whole. This is an essential point for when we look at religion, it should be personal to us and to make us better people, but also effective and beneficial for society as a whole, and Islam offers this.

This is obviously a very brief explanation, and it would be much more beneficial if you could come off anon and we could discuss this further. I hope this helped shed some light onto our beautiful religion.

One thought on “if they ask about islam, explain this” 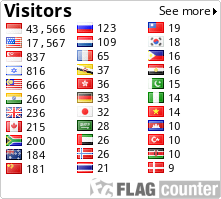